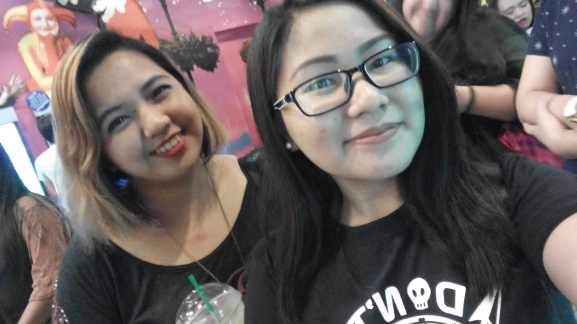 We got the VIP ticket which aside from the pass to the Cinema includes a PULP tote bag with PULP magazine and the Straight To DVD II album! It won’t be available in any other music store here so I’m really happy to have it and to be a part of such fun event! It felt like a fucking concert! 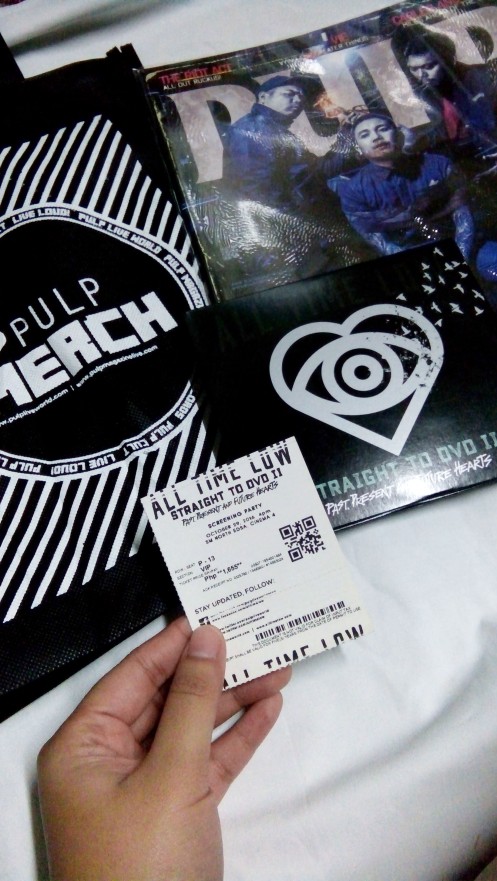 I told myself I was gonna take a lot of pictures for this blog post but as lazy as I am, I didn’t because I actually LIVED in the moment. Nah, I’m lying. You can’t take pictures inside the cinema (or you really can’t because mainly, it’s DARK) 😂 I just grabbed some photos from the ones who were there too. I’ll just put credits on the description.

Here’s the picture of the queue earlier at Cinema 3 in The Block. Photo credits to @AllTimeLow_MNL on Twitter. 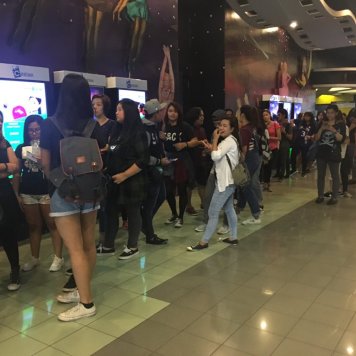 Once we were inside and the DVD started, we were fucking screaming like we were actually in Wembley watching ATL live. It was the best experience ever (next to the concert itself, of course). It felt like I was back at the MOA Arena in August 12, 2015, watching them live for the first time ever in my life. It was fucking nostalgic! They said then it wouldn’t take them 2 years to come back. Well, 14 months down, boys. Keep your words.

The show lasted for like 3 hours or so? I’m not really sure I just enjoyed myself the whole time!

If you have been to their concert, you would already have an idea on how it went. Pure of fucks and dicks and shenanigans on stage and just pure absolute talent from each one of them. Oh, Jack kissed Alex on the cheeks a couple of times too! #JALEX

There was also a real plastic kind of thing (or is it a balloon?) dick held up by a fan and Jack asked for it on stage. The cinema roared with guffaws. I assure you there were fucking tears and stomach aches. I died laughing!

They kicked off with their song A Love Like War that features Vic Fuentes from Pierce The Veil. Sadly, Vic wasn’t actually there. We hoped, though. They followed it up with Lost In Stereo, Heroes, Somewhere In Neverland, The Irony of Choking on a Life Saver and Weightless. Then, when it all went dark, Alex transferred to the extended stage upfront and played acoustic! During Remembering Sunday, Cassadee Pope joined him on stage and sang Juliet Simms’ part. Then, Alex performed Therapy and I’m telling you I cried all throughout that song. If it doesn’t get to you, I don’t know, man. After that, he was joined again by Jack, Zack and Rian and they carried through singing Kids In The Dark, Guts, and Outlines where Josh Franceschi from You Me At Six blended in. Followed by Damned If I Do Ya (Damned If I Don’t), Forget About It and Backseat Serenade. Before they performed Time Bomb, they called out some fans to bring on stage like they usually do. There was a hotdog man included. HAHAHAHA! It was pure laugh! Then, it’s time for Something’s Gotta Give and The Reckless and The Brave.

You wouldn’t believe what happened next in the screening. As Dear Maria tuned in, some fans made their own moshpit in the aisle of the cinema, in front of the big screen. We couldn’t resist that we ran down from the top rows to join the crowd below. It was dark inside so the pictures are either grainy or too exposed because of the flashlights the fans used just to make them visible in the throng. 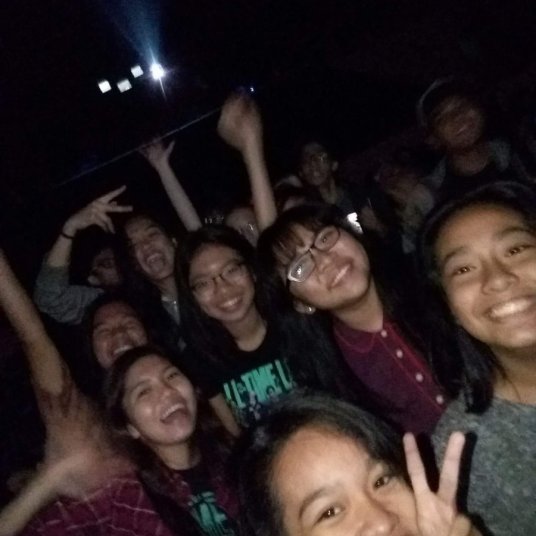 There are videos, too! I hope you can see it, though.

You should really see for yourself the next parts of the DVD because me telling you all about it won’t give it justice. Words are not just good enough. You will love them even more here! 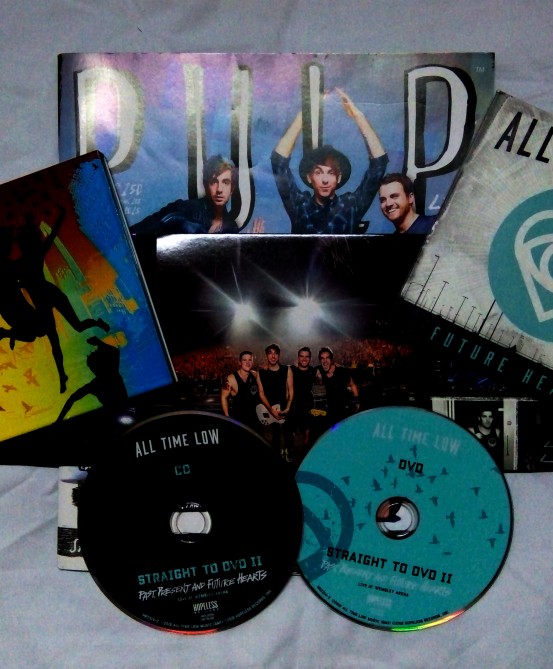 You can purchase the DVD online and ask a friend to join you so you can share for the shipping fee as it may cost a lot or more than the album itself.

This won’t be possible without the hardwork of All Time Low Manila. Yay! And I finally met Rachel. Go follow them on Twitter. 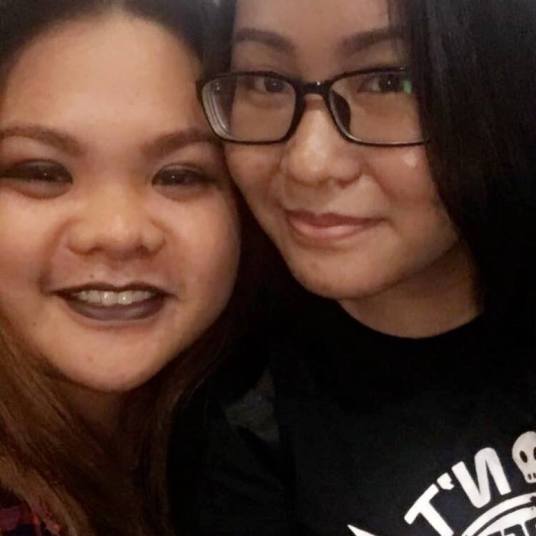 I am also extending my deepest gratitude to Sir Vernon and Pulp Live World for always making every fangirl and fanboy’s dream come to life. Cheers to Hopeless Records and HopelessRecords Asia as well!

It’s always nice to meet different types of people. It surely does mold the version of you right at this very  moment. 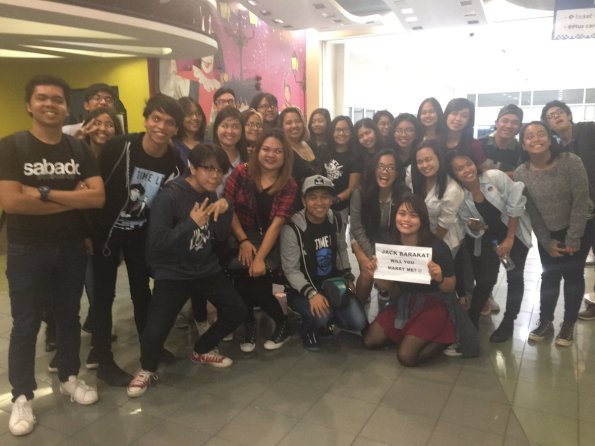 As you go out of your shell, you will realize a couple of things. I got to think this through while watching:

Cussing doesn’t make you a bad person. It won’t make you sound cool either to other people. BUT.. You can keep cursing and shouting ‘fuck’ and still make a difference. You can swear all the time like real ‘SHIT!’ and still make this world a better place. It’s not always about what you say. Sometimes, it’s what you do.