Can I just say I love Twitter for having this cute Hogwarts Express emoji in the hashtag? Thank you for celebrating with the Potterheads. 😭

24 years of existence and I still haven’t gotten my Hogwarts letter yet. My inner kid will never get tired of waiting for it, though. J.K. really did a great job in making us see her “visuals” of this Wizarding World by just using words. She’s really something, isn’t she? We get the picture of all her books more than the graphics of the movies could give us.

September 1, 2017 (well, technically it’s the next day here, but in some parts of the world, the time is still perfect 😝) marks the day of the Epilogue of the last Harry Potter book, The Deathly Hollows. It was set 19 years later after The Battle of Hogwarts that happened in the year 1998. I hate how I’m having so much feels right now just talking about it. I can still feel the magic. 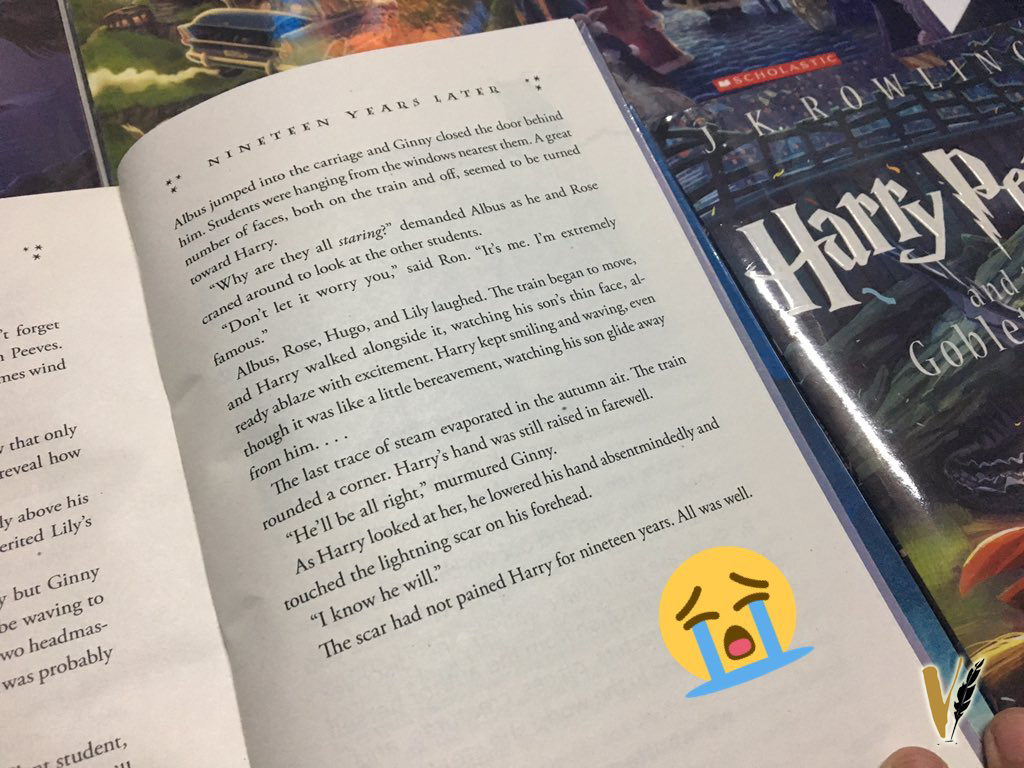 The scar had not pained Harry for nineteen years. All was well.

I remember this so well. I had tears after reading DH because “WHAT HAPPENS NOW?” It was a worthwhile journey and it was really hard to see it ended. It was bittersweet. HP will always be on the top list of my favorite series. I love how intense it was with the magic and tricks; especially in the battles and Quidditch matches. I love how it’s a genius’ brainchild. It always made me so mind blown. Everything was just in place. I love how it showcased eternal love of friendship and family. It taught us different kind of sacrifices, greed and envy. It made us feel all emotions a human can go through. I don’t know. I feel like I’m just blabbing now but if you know the whole thing, you will get where I’m coming from. I love the back stories, too! Severus Snape story will always be my favorite. ALWAYS. ALWAYS. ALWAYS.

I just really want to give tribute to my Harry Potter books. It deserves a space in this blog. 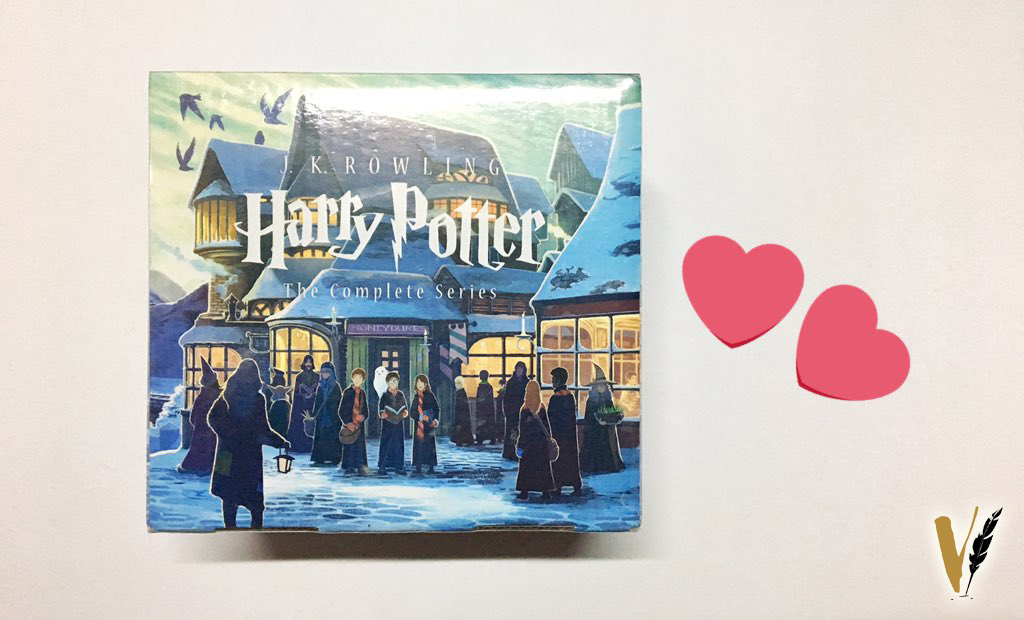 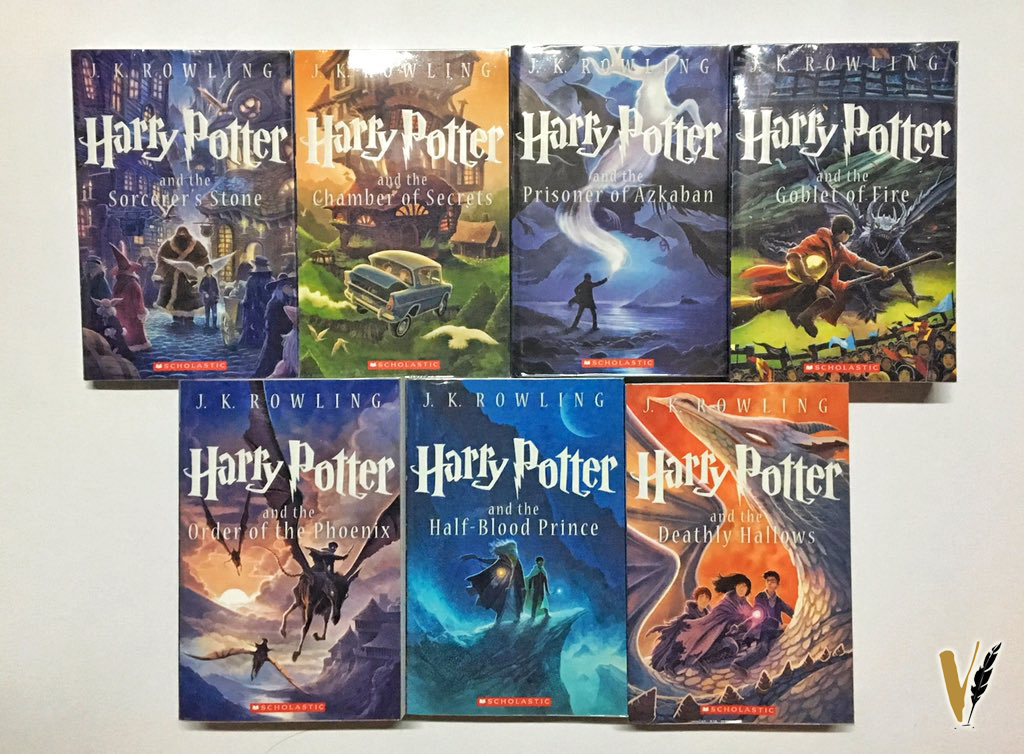 This is the newest covers from Scholastic and I’m so happy about it. I really like the first print outs they made waaay back in time more than the Bloomsbury ones, to be honest. I wish to have that with the whole treasure chest as well!

The title of these are embossed, which I love! Also, these new prints form the Hogwarts Castle when you put them beside each other sequentially. AND WHO DOESN’T LOVE HOGSMEADE (THE COVER OF THE BOX)??? HOGSMEADE = HONEYDUKES? It’s simple arithmetic, you all. 😂

I got this set from National Book Store but I really can’t remember the exact price. I think it’s around PHP3,000. I remember when I saw it the first time, I still had no money for it yet so I had to go back a week (or two) after and it was the last stock then. I was blessed, indeed.

19 years later is also where Harry Potter and the Cursed Child took place.

When I wrote about what I thought of the screen play, I didn’t really get the chance to show my copy of the book. I wasn’t that into blogging at the time. So, I decided to tell you here the difference between the US and UK version. 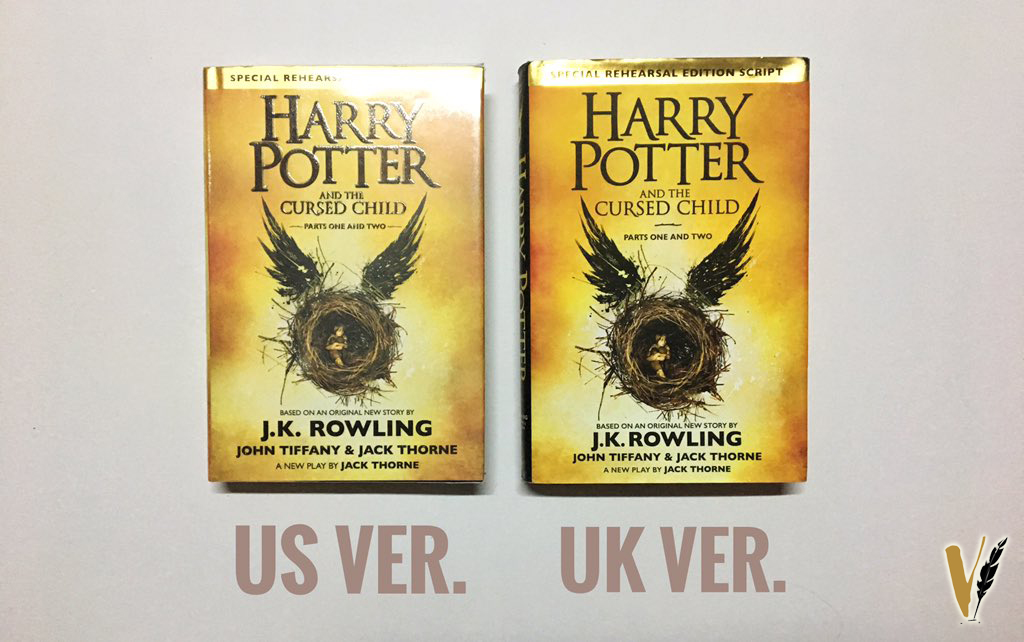 The front covers are just the same, except that the UK version has higher contrast. I don’t know if that’s obvious in the picture. I like the back cover of the US version better than the UK because of the illustration. 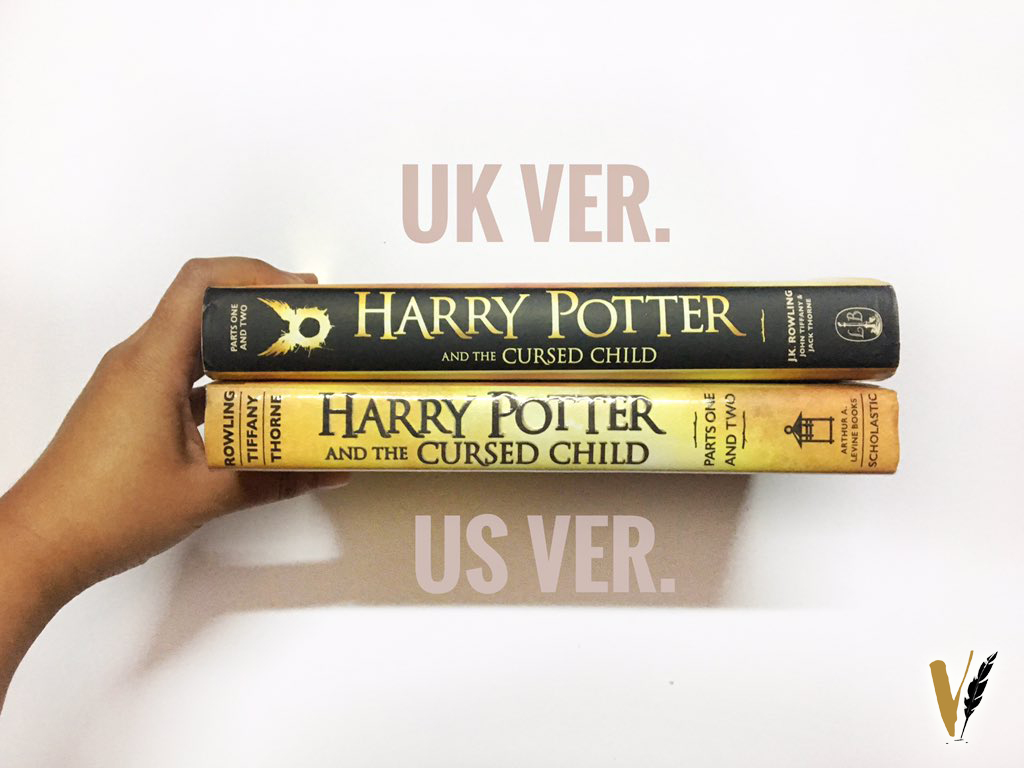 The spines show the publishers of each version. US ver. was published by Scholastic and UK was by Little Brown. I’m glad to see how much the spines differ in colors. You can easily distinguish which is which. 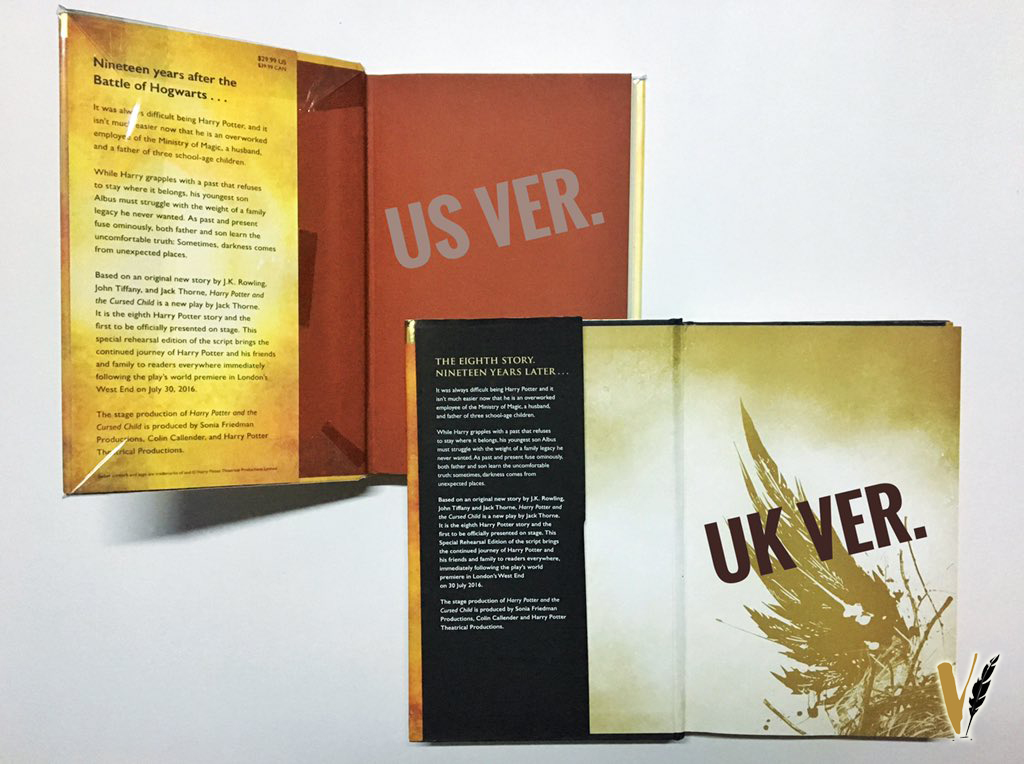 There isn’t much difference, really. I don’t know what the yawp was all about when it was released. You can just purchase whatever pleases you. 🤷‍♀️

I got the US version from the National Book Store for PHP1,417.50. The UK version was from Australia. I don’t know how much it cost because my ninang just gave it to me. She always spoils me with books and I love her so much for that. 🙂

Book Depository has lots of various copies of Harry Potter books you can choose from.

It’s 1:30am and I’m ending it here now. What’s your favorite Harry Potter cover? Did you like the Playwright of the Cursed Child? Are you also having a bout of nostalgia? I would love to see your collections too! Please tag me or in whichever way I can see it.

These are the kind of books that will live on forever. The boy who lived is the story I will read to my future children during bedtime. Until they are old enough to read it for themselves.

Enjoy the long weekend! Not for me, though, I have work later. 😑 Let me now go to King’s Cross Platform 9 3/4 and board the Hogwarts Express to dreamland.

Let’s all experience Hogwarts once again.

Be the magic the world needs.