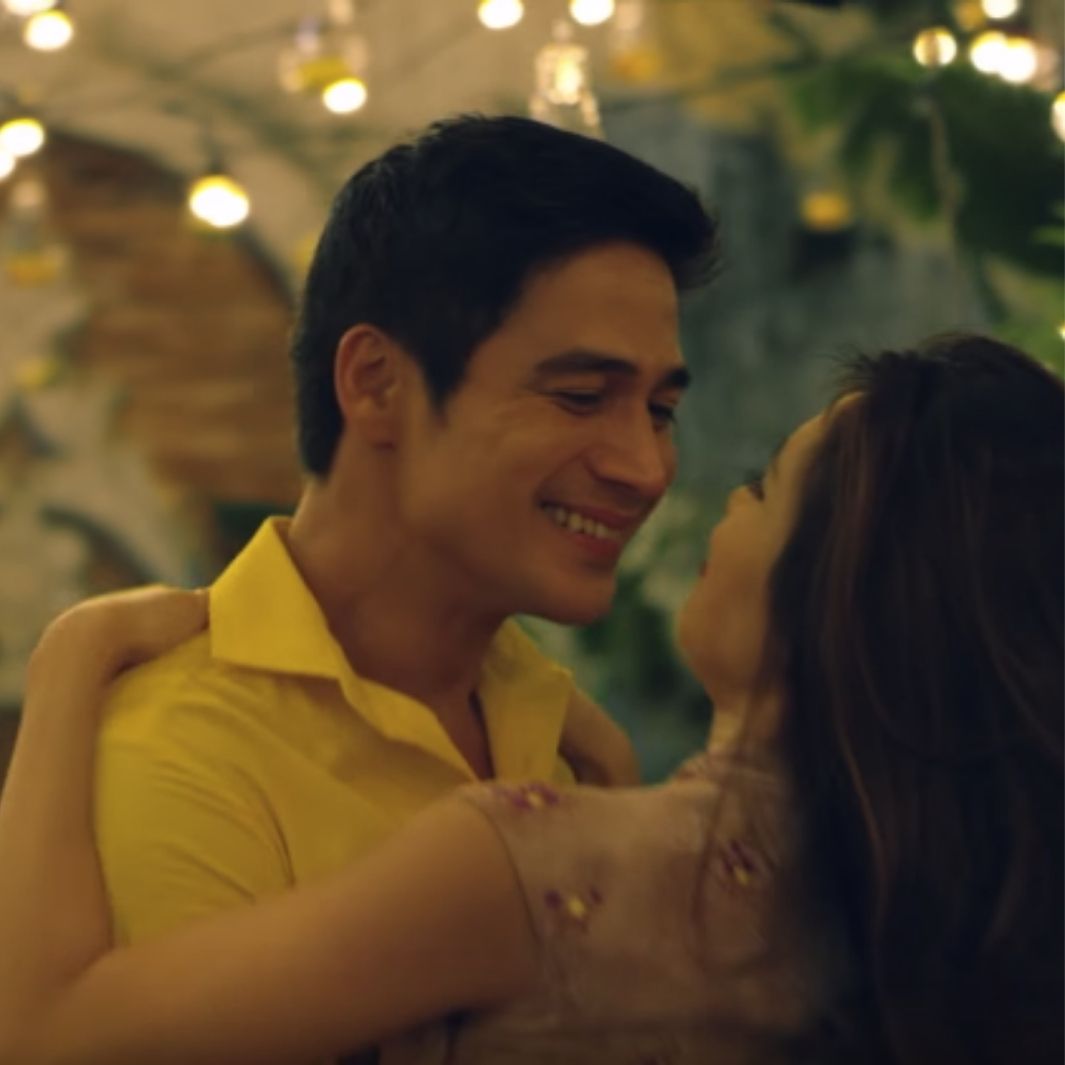 There are many ways to die. There can be one reason to live and that’s enough for you to go on. 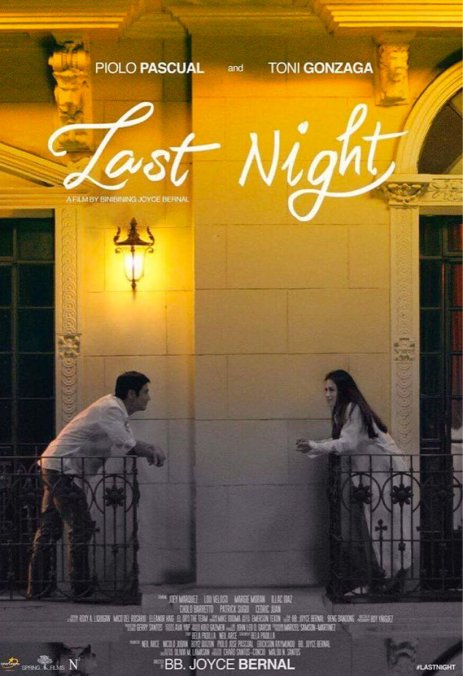 Before I watched this, I didn’t see the trailer let alone the poster. I was completely clueless about this. I just knew that it was written by Bela Padilla. I loved her character in 100 Tula Para Kay Stella. It is the sole reason why I agreed to watch this.

Looking at it now, the poster gave justice to the ambiance of the movie. It looks dark, old and vintage, portraying well the old Manila where it has been filmed. It kinds of give that creepy feeling to it, too. Not that it’s really that scary. Not at all. But yeah, you’ll get it after watching.

Watching the trailer now, I just realized how it’s kinda misleading. I mean, the way others perceived it is very different than how the actual story goes. I asked some people who haven’t seen the movie yet what they think of it and they really thought it’s your typical romance story. Toni Gonzaga (Carmina) and Piolo Pascual (Mark), staying together for one “Last Night” even though they are both committed. Are they cheating on their partners? You thought. They broke up? You thought. Mark trying to jump off the Jones Bridge? Why? Carmina shouting for help? How?

If you have seen the video of The Making, you will have thought otherwise. You will get the gist of the story properly. Yes, both attempted to commit suicide, which was taken lightly. I also think that they romanticized it in a way. 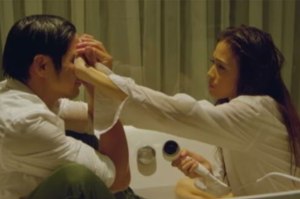 This scene, though, broke my heart into a million little pieces. Then, it went wrong. I was so pissed off. It broke the spell. Not that I want them dead, but I don’t know??? They attempted so many times and always failed and they thought it’s funny. I’m just??????? Well, maybe it’s hysteria. That happens a lot when you are at your lowest point.

But as the story progresses, you will see the underlying message of the story. It was a worthwhile ride. You saw in the trailer when Mark said “Parang may nagawa akong tama” [It’s like I did something good]. It was so heartfelt. That one single moment can add to your reasons to live.

So, are they really going to die together?

Carmina. She is not hard to love with her positive and lively personality. She’s like a kid that is SO alive. Contradicting, right? How can someone that sweet attempt suicide? You see, there will always more than meets the eye. She is the biggest plot twist here. Something you should watch out for.

Mark. He attempted suicide because everything seems to turn out wrong. Whatever he does, worst comes to worst. He wanted to end it. You see, not everyone wants to die. Most of the time, we just want the pain to end. It will eventually. Live for it.

How can these two find the will to live again? Is it love or is it so much more?

What I Think In General

Old Manila is such a place to see. I will probably see every area showed in here. I will make time one of these days. I will let you know. It’s very scenic. I LOVE. This was from my IG story last April: 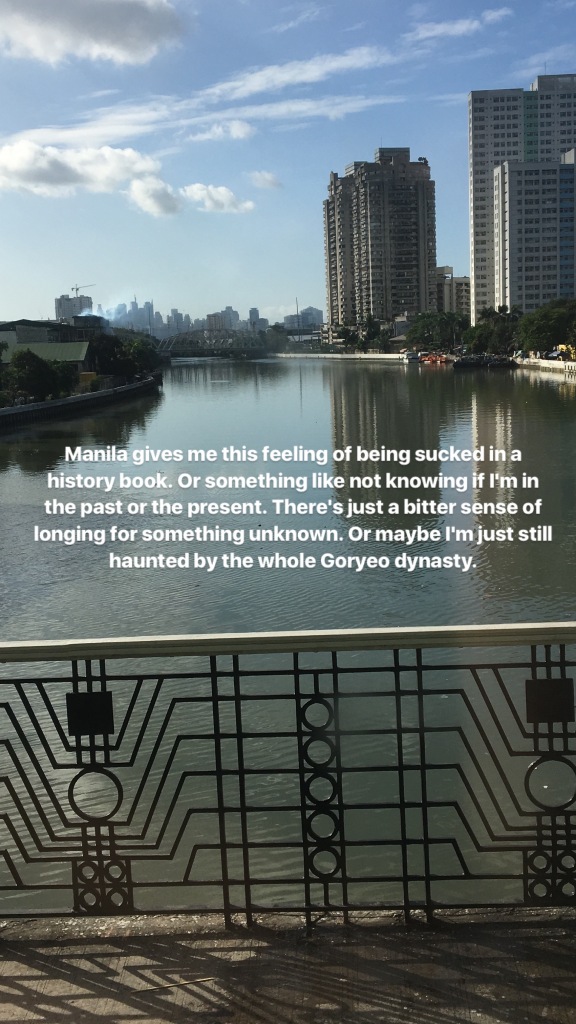 It might have a touch of fiction but it did well in addressing reality. I hate the thought of depending on someone; to think that someone can save you. I have always believed that only ourselves can save ourselves. That’s just my stubborn “I am an independent woman” self. Sometimes, it doesn’t hurt to cry for help.

I think Bela and Neil were so brave to pave this way of the story. It will surely receive lots of literary criticism. It is a clash of genres but I think they did well in conveying the message. It’s not your usual watch and that what makes it great.

Soundtrack. Boy, I am so in love. Even though Ebe Dancel did well on Sayo, I still prefer the original: Silent Sanctuary. But the collaboration of Moira Dela Torre & Quest: Huling Gabi adds more depth to the story. I remember the first time I saw Quest live and how he tells the story of the songs he writes about. It’s really something that will tug at your heartstrings.

I love how they started it on the bridge and ended it there too. It gives more meaning to the place.

The ending wrecked me. Toni and Piolo did so well. I was a ball of mess. It was so heartbreaking yet I felt hopeful after. I have so many thoughts about life and death but that would go for another blog post.

For now, I hope you enjoyed this review. Let me know what you think of the whole concept!

There are days that the view stats of this review will spike up, and I realized it’s because national TV channels are airing the movie. So for those who are here to get some answers because some parts of the movie made them confused, here you go…

Yes? And no? If you will go back to that part where her fiance got shot along Jones Bridge, she stepped on the stoned railings after seeing the blood (assuming it was her fiance’s) – but only as if desperately trying to look for him. But then, she kind of slipped and got suspended on the signage for a while before her jacket got ripped and she fell on the water. Perhaps in that millisecond, she realised what’s happening and she thought she didn’t want to die – that made her stuck in limbo.

How is suicide romanticized here?

Maybe the fact that the movie looks like you need to fall in love with someone again to realise that life is still worth living. It is not the case for most suicidal. They can be the most liked and loved people in the room, but they can still feel worthless. It is why taking mental health seriously is important.

Also, some do not plan things like Toni and Piolo did in the movie. Sometimes, it can be a spur of the moment thing. You can be having an episode and you feel hopeless and that’s it. But yes, some people plan it, too – when, where, how. It is a different case for everyone.

Mark sure has money issues, but it is deeper than that. He lost people who matter to him, giving him the impression that it’s not worth it to live anymore. Sure, some suicidal people want to end it because they have mental health issues, but some want to do it because of their problems. It is more than money. He got betrayed by his mother; his wife left him, and his friends don’t forgive him.  We can’t dismiss Mark’s ‘solution’ just because he is not mentally ill, but technically, his mental health is in havoc. Please remember that suicidal people are deemed ‘irrational.’ Most of the time, though, no one really wants to die; we all just want the pain to end – may it be the struggle in mental health or life problems. We all just want to be okay.

The movie showed that we need someone – not to die with us, but to help us see why we still keep living. What Carmina did was like reverse psychology. Remember how she turned on the music while they are inside the car? Music. Music helps us cope. How about that incident at the train station? She made Mark felt that he did something worthy, and by choosing life, he can do more of those deeds. It is the little things.

I still believe that we can’t save anyone who doesn’t want to be saved. We can only do so much for people. We all have our choices and decisions on how to live our own lives. However, we can always be there for anyone. Don’t give up easily on people who are struggling. Help them. Help them get up.

Why Carmina’s youngest brother can see her?

I have no answer for you. Hahaha! I have concluded that people who are about to die or want to die can see her like Mark and the two old women at the church.

I know, right? If Carmina died in 1973 at the age of 29 (assuming because it’s the age she mentioned to Mark) and it’s 2017 by the time it is aired, she should be around her 70’s. Joey Marquez (the one who played as his brother) doesn’t look like 73 at all. The mother as well is so young???? There are always loopholes.

I think that’s it for now. If your question is still unanswered, let me know in the comments below. 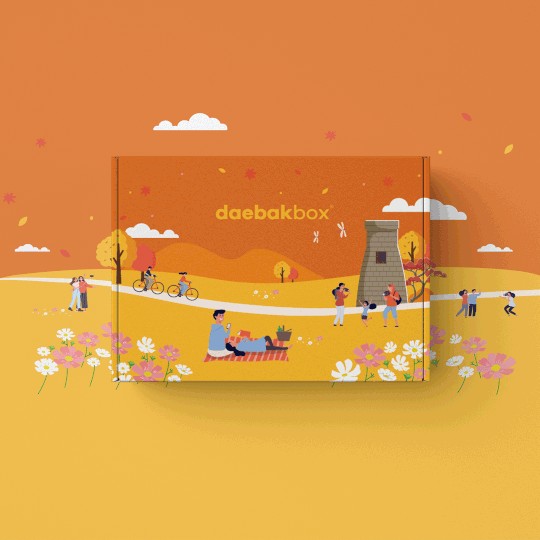